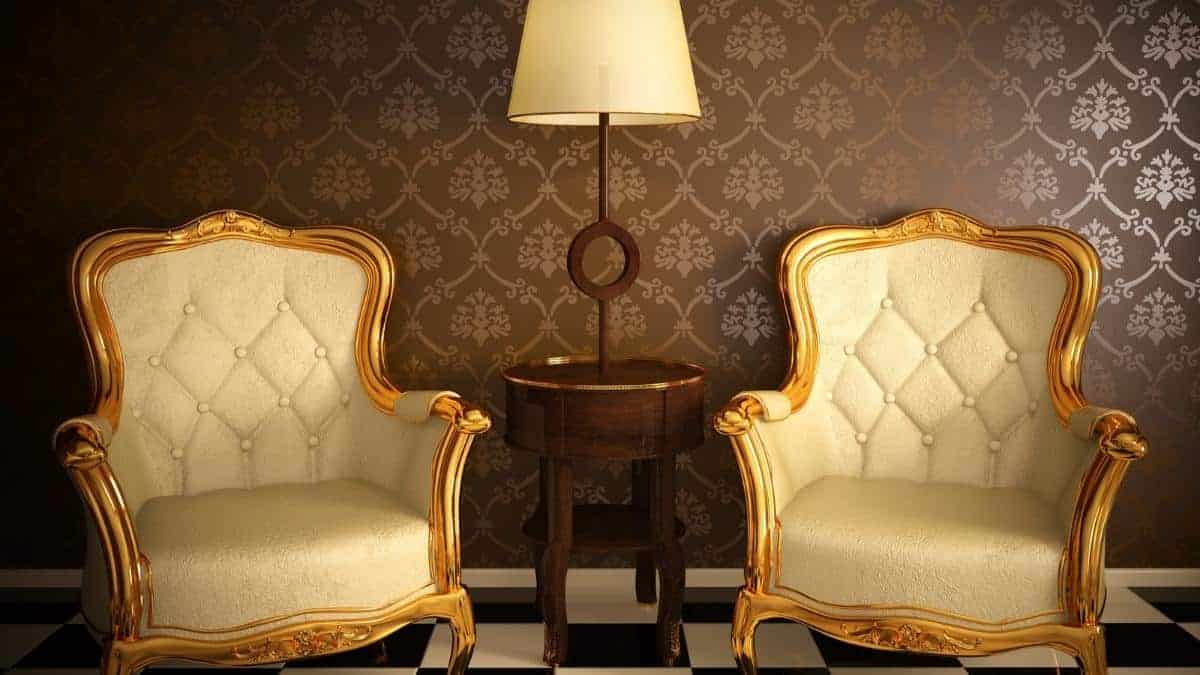 If you’ve ever been to an old Victorian house or you just bought one, you may be puzzled by its comically small rooms. It’s too small to be a bedroom but too big to be a closet, so what is it?

Below are eight possibilities for why there is a strangely small room in the old house. Some had a purpose you may not expect. Chances are, you’ll be surprised how much times have changed!

How Old Are Old Houses?

“Old house” is a general term. Below is a brief overview of just how old certain styles of old houses are. The small rooms discussed here are most common in Edwardian and Victorian homes.

8 Reasons For Small Rooms In My Old House

Let’s look at what that small room could have been used for once upon a Victorian time.

The most common use for these smaller rooms was living quarters for servants. Servants were usually not permitted large beds or additional furniture. They slept on what were given and didn’t have many possessions.

These tiny rooms were built as separate areas for the servants to sleep without occupying too much space in the house. Back in the day, practically any family with money had servants, even if they weren’t lavishly wealthy.

So it’s unsurprising that almost every Victorian home has one or more comically small rooms designed for lowly servants.

Even modern folks can understand the stress of a construction budget. Some families who didn’t have endless means would build the bedrooms smaller, so they could have more.

While nurseries were common in wealthy households, poorer families would have more rooms to accommodate children and guests. And in general, building smaller rooms would lower the cost of labor and materials for a home.

Rather than spend the money on the bedrooms where people only sleep and change their clothes, building budgets typically focused on the more public rooms where visitors would be. Many people wanted to make it look like they were well off, even if they were not.

Further Reading: Why Are Old Houses So Dark?

Modern homes have master bedrooms, living rooms, family rooms, kitchens, dining rooms, and many others with a dedicated purpose.

However, in Victorian times, it was more probable that there would be one large room in the house that functioned as a dining room, living room, family room, and more.

Therefore, the other rooms in the house did not need to fit several people, as those rooms were less used and often not seen by visitors.

If your main room is large, guests may assume you have a magnificent home with lots of space. In reality, these central rooms were often more than double the size of the bed chambers for the household members.

Believe it or not, people used to be smaller!

The average citizen was generally shorter and skinnier, so bedrooms and beds didn’t need to be as large as they are today. A couple could share a full bed and feel just as comfortable as a modern couple sharing a king-size bed.

If people were smaller, their clothes and other belongings were likely smaller too, so they didn’t need as much space in their homes. Unfortunately, this can be a struggle for modern people who buy old homes, but it made sense when building the house.

Like the people, old furniture was also much smaller. This makes sense because smaller people wouldn’t need the large couches, chairs, and beds people use today. The first king-size bed came about around 1890 as an immense luxury.

Twin beds were far more common, and even queen-size beds were not commonplace in middle-class homes.

Why make it super big if you don’t need to fit a king or even queen-size bed in your bedroom? So people built their rooms to accommodate their furniture, not leaving modern people with extra space for king beds.

A sewing room is exactly what it sounds like, a place designated for sewing! Some women in the olden days would sew and make clothes from home to bring in extra money while still being home to care for the children and maintain the home.

Many people also made their clothes rather than buying them, as this was more cost-effective and sewing was a common skill. As you may guess, sewing rooms don’t need to be particularly large, so they were often built to be compact and almost hidden.

Sewing rooms typically only held fabric, sewing equipment, and clothes in progress, with maybe one chair or bench for working.

This possibility leans toward folklore, but it is possible. During Victorian times, women were more likely to faint suddenly. A few reasons explain this chronic fainting.

The top reason is women had to wear super tight corsets that did not allow them to fill their lungs, leading to lightheadedness, dizziness and sometimes fainting.

Another reason they would faint is they often took a ridiculous cocktail of drugs that included downers like benzodiazepines. These pills fall under the category of tranquilizers, and women would pass out if they consumed too many, which they frequently did.

A less dramatic meaning behind the name “fainting room” maybe this room was for napping! It likely had a single daybed, and people would rest there throughout the day rather than in their sleeping beds.

Yes, people had trunk rooms, where they kept nothing but their trunks. If you notice, Victorian and older homes typically have tiny closets. And although people were smaller, men mostly wore suits with multiple pieces, and women wore extravagant, poofy gowns.

Rather than stuffing their precious clothing into those tiny closets, they kept them in dressing trunks, and kept the trunks in one room, called a trunk room!

Simply put, these small rooms were walk-in closets, dressing rooms, or storage rooms. Trunk rooms were more common among the higher middle class and upper class, who had enough nice clothes that a trunk room was necessary.

Additional Reading: Where Is the Money Hidden in Old Houses? (9 Spots To Look)

While that weirdly small room will likely not work for your California king bed, these rooms can still be functional and fun. You can create a sewing room, reading nook, personal walk-in closet, makeup room, or playroom for kiddos! The small rooms may feel out of place, but they can still work for modern families.